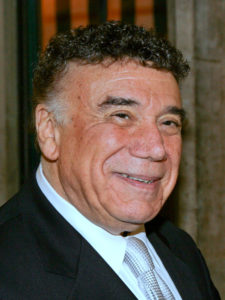 “HE WRITES THE SONGS THAT MAKE THE WHOLE JEWISH WORLD SING”

SOL ZIM is a man with a MISSION……. To spread the Joy & Traditions of Jewish Music & Culture throughout the world, to adults and children alike.  It has been said that ‘WHEN MUSIC COMES FROM THE HEART, IT GOES TO THE HEART’. This exemplifies SOL ZIM. BORN PERFORMER, MAGNETIC, ELECTRIFYING, INSPIRATIONAL AND CAPTIVATING; these are just a few of the words that are used by critics in describing SOL ZIM. Being one of the most dynamic and innovative personalities in Jewish Music today, SOL truly is “AMERICA’S SUPERSTAR OF JEWISH MUSIC”.

SOL ZIM’S music is the bridge that links the Jewish people from Generation to Generation (M’DOR L’DOR).  Sol Zim has been the voice that captivates peoples’ attention and respect. His unique style brings together the beauty and nostalgia of traditional music of yesteryear with the sounds of “New Age” Music and when combined, evokes a tremendous spark. SOL concertizes throughout the world, bringing his message of Jewish Musical Culture to all.  His music spreads Joy, stimulates Enthusiasm, inspires Emotion & evokes Spirituality & Participation. By highlighting a children’s choir in most of  his concert performances, ZIM has lead the way in the formation of hundreds of “Youth Choruses” in Synagogues and schools throughout the world.  In 1998, for the Cantors Assembly‘s 50th anniversary convention, Sol Zim was featured in their Gala Concert in New York City’s Central Park and performed with a 1,000 member children’s choir singing SOL ZIM MUSIC. It was breathtaking. After all, Sol says; “Children are our Future – today’s Jewish children are tomorrow’s Jewish leaders”.

Sol is a graduate of The Jewish Theological Seminary Cantorial Institute and is a recipient of his Doctorate of Music, Honoris Causa from The Jewish Theological Seminary. To further his mastery of Cantorial & Jewish Music, Sol studied privately with many world renowned Musicians, Cantors, Composers, Operatic Coaches & Singers, such as; KURT BAUM (of the NY Metropolitan Opera), JULIUS RUDEL (world renowned Operatic Coach, with whom he studied and performed 20 operatic roles), CANTOR SAMUEL WEISSER (world renowned teacher of the greatest Cantors), OSCAR JULIUS (world renowned Choral Conductor & Musical Arranger) and to develop his Cantorial Art/Technique and to Fine-Tune his Artistry of Jewish song, he studied privately with CANTOR MOSHE KOUSSEVITSKY and SHALOM SECUNDA.  Sol was offered contracts with the Vienna State Opera Theatre and the Israeli Opera Company; however, after contemplating what was most important to him, he decided to devote his life to the furtherance of Jewish Music which had been his passionate mission.

SOL ZIM is a world renowned Master Cantor, Composer, Songwriter, Recording Artist, Concert Performer, Educator/Professor and Lecturer. He has been awarded a lifetime contract as Cantor at the Hollis Hills Jewish Center of Queens, NY.  In addition to Sol’s passion for writing Jewish Music, he is also dedicated to educating and teaching.  SOL ZIM is Professor of Jewish Music at the Cantorial School of  “THE ACADEMY FOR JEWISH RELIGION'(AJR) in Yonkers, NY. Sol is very proud of AJR’s curriculum & teachings that respectfully represent the full spectrum of Judaism. SOL also lectures extensively, nationwide, and is a frequent “Composer/Scholar in Residence” for many Jewish organizations and Synagogues where he creates a lasting spark through his energy and his Philosophies on Jewish Musical culture. 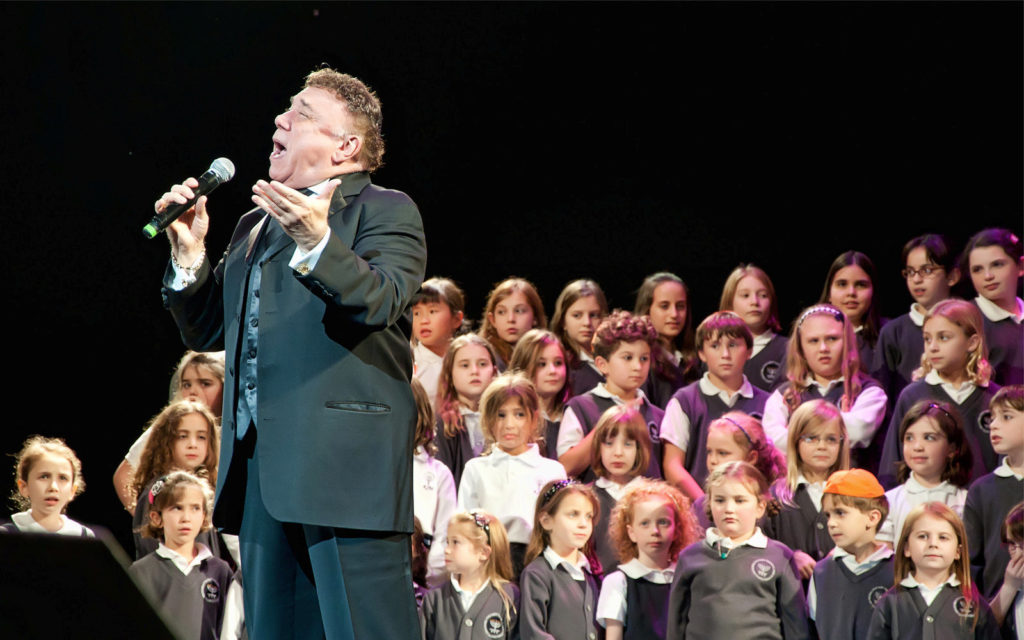 SOL ZIM is celebrated for his highly distinctive compositions and has written hundreds of popular & recognizable melodies and arrangements (i.e. L’DOR VADOR, ADON OLAM, KAD’SHENU, SIM SHALOM, AVINU SHEBASHAMAYIM, etc.), which are sung in Congregations the world over. His 23 Recordings feature Yiddish, Israeli, Chassidic, Broadway, Opera and Pop Music. Most of his recordings contain original material and they include music for all ages.  His 15 Books of Original Music are used throughout the world by Cantors, Rabbis and Educators and his “ANTHOLOGIES” (for Shabbat, Rosh Hashanah, Yom Kippur/S’lichot) have become leading guides and textbooks for Cantorial study.  Sol’s “AVINU SHEBASHAMAYIM” is sung in Synagogues and at concerts throughout the world and has been recorded by countless Cantors & Musicians across the globe.

Sol involves his audiences and Congregants in order to create a spiritual connection through PARTICIPATION. He is recognized by his colleagues as a “CANTORS’ CANTOR”. He believes the Cantor cannot merely Sing & Daven ‘To’ a congregation – “We must involve our people in prayer & daven together with them to heighten & illuminate the SPIRIT in our congregations”. SOL is truly the PIONEER of Congregational Participatory Music and all his songs, melodies and Cantorial chants reflect this ideology.

One cannot help but feel the vitality & legacy of Jewish culture as well as the RUACH (spirit) of a people when watching SOL perform. From the moment he steps on stage, Sol’s unrelenting energy sparks a contagious burst of excitement that spreads throughout. His intense style stimulates the audience to a frenzy that touches one’s every emotion. With his rich tenor voice, remarkable enthusiasm and soulful manner, Sol performs to sold out audiences throughout the U.S., Israel, England, Canada, Australia, South America & South Africa. He has become a household name in the Jewish world. Not only is Sol a leading and dynamic force in the furtherance of Jewish Music but he is also responsible for spearheading many Cultural events including Major Community Concerts, Commemorations, Memorials, Celebrations and Gatherings, both in times of joyous festivities as well as in times of crisis affecting the Jewish people and the State of Israel. He is called upon to both lead and represent our Jewish Community at many events in the New York area and is proud to stand as a symbol of our people.

SOL ZIM has received many awards & honors over the years. To note just a few, he received the “Hazzan Max Wohlberg Award” for Composition, from The Cantors Assembly…..”The Yuval Award” in recognition of his extraordinary contribution to Synagogue Music, from The Cantors Assembly….The Jewish Music Leadership Award, for his advancement of Jewish Music throughout the world, from The Academy for Jewish Religion….. The Amit Humanities Award, in recognition of his achievements in preserving the Jewish Heritage for future generations through his musical work with children throughout the country & the world….. HONORARY FELLOW of the Cantors Institute of The Jewish Theological Seminary…and many more. 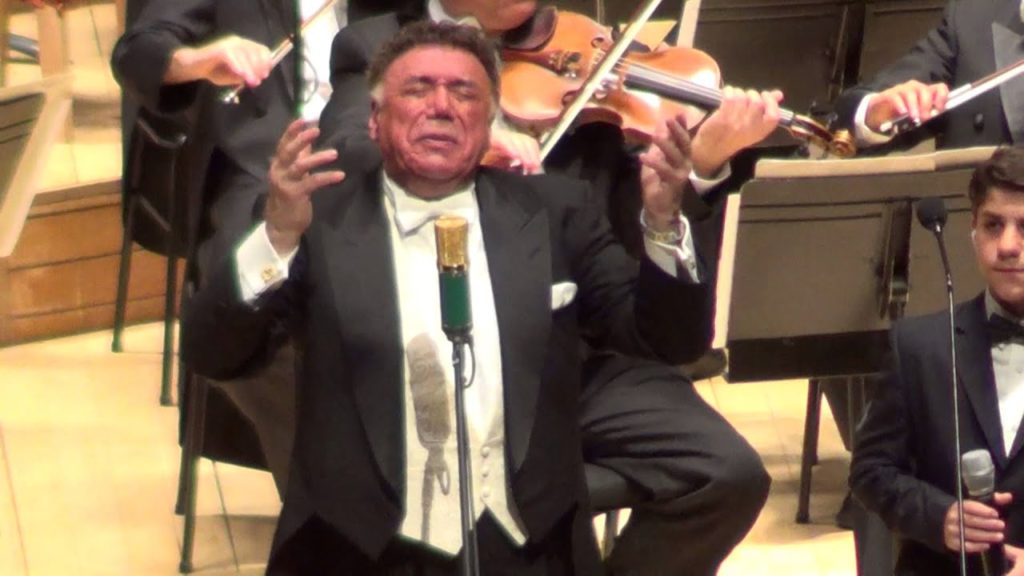 For Sol Zim’s contributions to Jewish Music and his indelible mark on Liturgical/Synagogue Music, there is no equal.  His prolific style, creative and interpretive musical artistry as well as his masterful teaching have not only impacted Jewish Music but have helped secure that JEWISH MUSIC WILL SURVIVE AND THRIVE.

SOL ZIM is the one driving force that has CHANGED THE DIRECTION OF JEWISH MUSIC IN OUR TIME, ensuring the fervent continuity of Jewish Musical Culture.  His joy is to compose, teach, performandto share………our joy is to participate, learn and be enriched by the experience.